One of the most significant, yet few understood, participants in the Forex market are liquidity providers.This article will define LPs, explain what they do, and how they might help traders. We’ll also address some common misconceptions regarding LPs and demonstrate why they’re such an important element of the Forex ecosystem.

What Exactly Are LPs?

A liquidity provider is a financial institution or other body that lends money to a market maker, usually in the form of a line of credit. This enables the market maker to quote prices and execute trades on its clients’ behalf without having to provide collateral for each transaction.

The LP charges a fee in exchange for this service, which is passed on to the customer in the form of a wider bid-ask spread. The magnitude of the spread will be determined by the level of risk assumed by the LP in issuing credit to the market maker.

They play an important role in ensuring that deals are conducted swiftly and at a cheap cost by supplying funds to market makers. However, because they are compensated for their services, they are sometimes characterized as “the enemy” by retail traders who perceive spreads as an unnecessary expenditure.

It’s vital to realize that the Forex market couldn’t function without LPs. Market makers would be unable to quote prices or execute deals without posting collateral for each transaction, making trading prohibitively expensive and time-consuming. While LPs are not for everyone, they are an important element of the Forex ecosystem.

What Are the Functions of LPs?

To begin with, LPs play an important role in ensuring that markets are efficient and that prices appropriately represent the underlying value of assets. They help to guarantee that prices move smoothly and reliably by providing buy-side and sell-side pressure. Furthermore, they provide the critical service of allowing market players to trade with one another. Without LPs, buyers and sellers would struggle to discover one another and conduct business.

One way to think of LPs is as financial market “plumbers.” They keep markets moving by making it simple for buyers and sellers to transact with one another.

The most crucial thing to remember about LPs is that they are critical to market functioning. Prices would be far less efficient without them, and trades would be much more difficult to complete.

LPs are also critical in facilitating price discovery in the Forex market. They contribute to the fair value of currencies by quoting prices and executing deals. This is especially critical during market stress when other market players are hesitant to trade.

In addition to the benefits that traders obtain from improved liquidity provided by providers, there are a few more advantages:

By offering continual bids and completing big orders, LPs can help stabilize markets. This leads to less dramatic price fluctuations and more predictable pricing, which helps all traders, not just those who employ a certain provider’s services.

Furthermore, several brokers provide traders who make trades using LPs with reduced or even zero charges. For high-volume trades, this can result in large savings.

What Are the LPs’ Risks?

Credit risk is the possibility that a market maker may fail to meet its commitments to the LP. This might occur if the market maker goes bankrupt or fails to satisfy its collateral obligations.

Market risk is the possibility that the market maker’s collateral may lose value. This might occur if market circumstances suddenly shift or if the market maker makes a string of lost deals.

LPs generally ask market makers to post collateral and maintain a minimum account balance to protect themselves from these risks. They may also set special restrictions, such as restricting the amount a market maker can trade.

Despite the essential function that LPs play in the Forex market, there are various myths and misconceptions concerning them.

While they are frequently the counterparty to retail trades, this is not always the case. In reality, LPs and retail investors can both be on the same side of the deal. This is due to the fact that they are in the business of supplying liquidity to the market rather than taking the opposing side of transactions. As a result, if a retail investor purchases a security, the LP may likewise purchase that asset in order to offer liquidity to the market.

While LPs have access to enormous sums of cash, they are not risk-free. During times of market stress, even the largest and best-capitalized LPs can suffer losses.

This is not correct. LPs are charged a tiny fee for each transaction, whether profitable or not. This cost is known as the bid-ask spread, representing the difference in price at which LPs are prepared to purchase and sell a specific asset.

Many believe that only huge banks or financial organizations may function as LPs. This, however, is not the case. On a lower scale, a number of other businesses also supply liquidity. Because many of the most important liquidity providers are, in reality, large banks or financial institutions, this myth appears to be spreading. On the other hand, smaller enterprises and institutions should not be overlooked because they may still play an important part in the broader market.

LPs are essential in the Forex market because they provide liquidity and price discovery. They are a crucial component of the market environment; without them, trading would be far more complicated and costly. It is critical to recognize that not all LPs are the same and that their prices are quoted independently of one another. As a result, at any given time, different suppliers may quote somewhat different costs.

While there are certain myths and misconceptions regarding LPs, it is critical to recognize their importance in the industry. Don’t be too hasty to disregard a quotation from a liquidity provider the next time you see one.

How to invest in stocks and make money 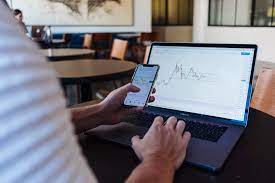 Grow Your Business With a Forex CRM 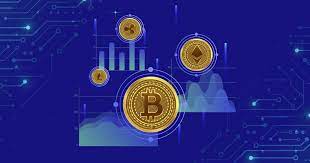 What You Need to Know About Running a Cryptocurrency Exchange 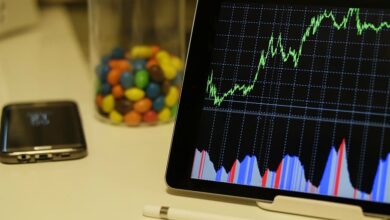 Starting a Forex Brokerage? Here’s What You Need to Know! 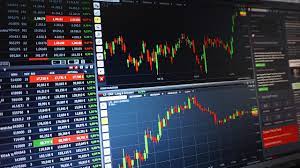 Why Forex Liquidity Providers Are Essential And What You Should Know