During the early 2000’s the popularity of poker rose exponentially as the world became more familiar with the game and it’s most influential players. The “Poker Boom” was thought to be a consequence of a series of events, namely, the emergence of online poker, televised games and the release of “Rounders” starring Matt Damon in 1998. The film follows a student from New York who honed exceptional poker skills, and several professional players credit the movie with their interest in the game.

From this period many poker stars emerged gaining celebrity status including former American accountant Chris Moneymaker. Arguably the most influential player from the poker boom, Moneymaker qualified by playing online and subsequently won the Main Event from the World Series of Poker in 2003. He remains a prominent figure, but who are today’s best poker players?

As one of the most recognized faces in poker arena, Daniel Negreanu or “Kid Poker” is well known not only for his stunning track record but for being friendly and good-natured at and away from the table. Born in Toronto, Canada in 1974, by 21 years old he had a worldwide status as one of the best poker players across the globe. Over the course of his career, Negreanu has amassed a string of wins, two WPT titles and six WSOP Bracelets, plus a very healthy pot of winnings. He’s known for his appearances on poker TV shows and is currently a GGPoker Ambassador having joined in 2019.

Known as ZeeJustin, Justin Bonomo is one of the most wealthy and successful players of all time. Bonomo is a pro at live tables and online games, and has an incredible collection of wins making him the second highest earner in live poker. His life away from the felt is equally as interesting; Bonomo has a lot of money and a lot of girlfriends… he lives as a self-professed polyamorist with several ladies in a luxury penthouse on the Las Vegas Strip. The Panorama Towers complex is a popular residence for those on the circuit and is home to more than 70 other pro poker players many of whom he’s good friends with. Bonomo’s poker career is still going strong and at 36, he’s showing no signs of slowing down just yet.

New Yorker Bryn Kenney first picked up the chips in his early 20’s winning his first live tournament in 2007. Kenney, known as “Mega Crusher” has a rather volatile style of play and despite topping the All-Time Money List has often ended up broke by “feeling” rather than skill or tactics, however he’s still a very prevalent pro with a current net worth of $30 million. One player profile of Bryn Kenney describes him as having a “New York swagger,” perhaps a polite way of characterizing his abrasive nature at the tables. As with many players, he has an unfaltering ability to morph into a tough, unapproachable character, but away from the game, Kenney is an altruistic and generous guy having financially helped out many struggling during the pandemic.

Phil Hellmuth shot to fame at a very tender age becoming the youngest World Series champion in the WSOP Main Event at 24 years old. Hellmuth subsequently went on to carve out a hugely successful poker career winning numerous tournaments and accumulating a healthy fortune. Early on Hellmuth earned himself the nickname “Poker Brat” and the unofficial title of the biggest trash-talker in poker. He’s widely known for his bad temper and major meltdowns, but this reputation does not seem to have affected his career one iota, in fact to the contrary. The inimitable Poker Brat, alongside professional poker playing, has authored several books on the game and instructional videos on how to play poker the right way, focusing on the psychological aspects of the game.

In a game predominantly led by males it would be remiss not to mention the high-profile females who’ve built lucrative poker professions. Interestingly, back in 2021 Bloomberg reported that women in finance were turning to poker to boost their careers, adapting poker techniques to suit workplace scenarios and enhance negotiation skills; it’s not just a men’s game anymore. British player Liv Boeree is one of the most successful female poker pros in the world. With an impressive tournament record she is the only female to have won major events on both the European and World Poker Tours. However, her talents stretch well beyond poker playing with a degree in Astrophysics and numerous television appearances.

For more information on famous figures across sports, gaming and pop culture, please feel free to browse the our Entertainment Section. Thank you for reading.

Small Business Coaching - Get the Most Out of the Guidance 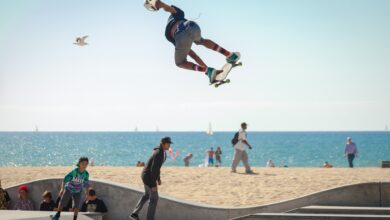 Longboard vs Skateboard – Similarities and Differences 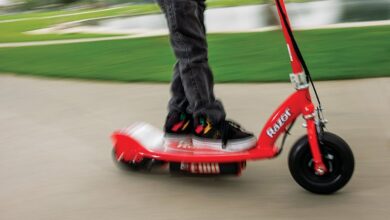 Should I get an electric scooter for my kid?