Computer Science is innately a wide and complex subject to be easily understood. And above that, the various other subfields in the subject add up to the complexity. One of these subfields is the programming language and its various concepts.

A programming language is a set of codes that are made in order to facilitate the effective running of various applications and features. They can be used in running algorithms as well as providing instructions to our computer system.

If you wonder how your calculator can understand the numbers and signs and give instant results or how your computer system and the various applications on it understand your instructions and work upon them, then the answer to all these is the computer programming language.

There are a number of programming languages that have been created and are still being created in order to develop and form new software and applications. This dynamic field requires a lot of understanding and practice.

Our computer systems understand the language of binary digits, that is, everything that goes into them is in the form of 0 or 1. They take this input, process it, and then provide the output in the reader’s understandable language. That is how our system is able to give us the desired results.

The introduction to the language states clearly that the learners who have just started learning the language may require help in homework for the same since doing the task on their own is a bit difficult for them.

Based on the difference in the syntax, the languages can be classified as:

JAVA: This is one of the most popular programming languages. This language is taught to learners from the school level and its basics are important for the further understanding of the concepts.

This language helps in generating codes for the development of various system applications. The demand for this language is sky high and huge salaries are paid for the people who have knowledge of the language.

This language includes strings, arrays, and other concepts. The proper understanding of the theory of the language is essential along with the coding part.

JavaScript: This language, as the name suggests, is a scripting language that is used to make the web pages interactive enough to attract the audience. This language is written in an HTML document, is text-based, and is run through a web browser.

C++: This is a programming language that is object-oriented and can be used for general purposes as well. This can be used in the creation of small programs as well as large applications.

This language is the extension of the C language and is a basis for most other programming languages. This language uses the concept of data inheritance, data hiding, polymorphism, data encapsulation, and the like.

This language may also help in the creation of games. In fact, all the software engineers and developers have knowledge of this language.

Python: This language is used in the development of various games or web interfaces. It is used in business analytics, machine learning, and data analytics as well.

In fact, all the animations that you see in your cartoons and movies are created by this language, especially Google and Disney use it extensively. The work may suggest that it is a difficult language but this is not the case.

The language is an easy one and just focuses on the white spaces. It has a simplified syntax which means that comparatively fewer lines of codes are used, resulting in less complexity.

As a matter of fact, these codes are so simple that it seems that they are written in the English language. This is the reason why learners are so attracted to this language and start learning at a very early age.

Scratch: This is yet again a simple programming language usually meant for learners. The reason behind this is the simplicity the language offers. The language includes dragging and dropping various codes to give desired animations and make games as well.

This simple dragging and dropping are what the kids enjoy and gather interest in learning the programming languages.

For those who do it, it becomes easy and for those who don’t do this, the language is complex. And the latter ones always require programming assignment help to successfully complete their work.

There are various other programming languages, along with the ones stated above like, Lua, C, C#, and the like. The existence of so many languages is what makes this world of coding and programming so dynamic.

Once you start learning them you will understand that something as simple as a full stop, semicolon, and other punctuation is important to produce an effective result of the code.

Also, all these punctuations have a different meaning in the world of programming. The easiest way to go about these languages is learning their codes, practicing them, and storing them in their mind.

If the learners want to complete their task without needing any guidance, then they must keep on practicing whatever language they have learned. If you are interested in any course don’t hesitate to take its training because these side courses will definitely benefit you.

Thus, this is all that we need to know about the basics of the programming language and sufficient enough to gain effective assignment help in coding and programming.

How Does Influencer Marketing Target Kids? The Growth Of Kid Influencers 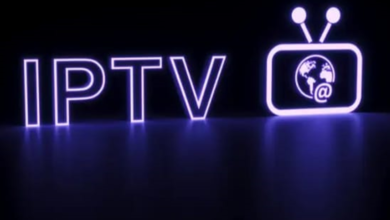 Expressiptv Survey: The Most effective Way To Watch All Your Favorite Programs

EverFX: Giving Traders the Tools They Need to Succeed